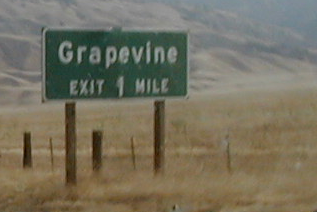 Grapevine is currently an inactive project. It would need porting to GNOME2 and it would need someone to take it over.

Grapevine is a notification framework for GNOME. It is starting to become usable, even though there is absolutely nothing that uses it. If you want to see what it looks like, look at a screenshot. Grapevine is mostly background stuff, there is a browse dialog which you cannot see in the screen shot. Also status is given on the really ugly applet next to the foot menu.

4th January, 2001: Actually updated this page :) There is a release of grapevine now, 0.1, and it is somewhat usable now too. The UI is now a little better then in the screenshot and I should make a new one.

6th December, 2000: Finally update the screenshot. I've also done a bit of grapevine work lately (as opposed to spending most of my time on pong and panel). It is basically there for a first release and given some UI improvements I'll make a 0.1 very soon now.

3rd September, 2000: There is a lot of stuff working here. I really should make some screenshots. It still has ugly UI, but it HAS some UI at least.

18th June, 2000: There is actually a somewhat working version. It now has bits of ugly UI, and does the communication, there is a client library and it doesn't really segfault (well there have been a couple of errors about refcounting going bad but I haven't tracked them down) One of these days I'll make an actual screenshot.

Well it is on gnome cvs server, module grapevine. If you want a release try ftp://ftp.5z.com/pub/grapevine